What It Means To Be Tired

Driving home from therapy, I blasted Taylor Swift’s latest album and tried to enjoy the pretty weather. In fact, the weather was disturbingly pretty this Monday. My dad quipped that we live in the only US state that pooh-poohs sunshine and begs for stormy skies. Nevada isn’t doing so hot either–rather, it’s also doing too hot–but my dad has a point. Savvy Californians are getting sick of picnic-perfect afternoons because they bode ill for the future. (Can we please get some agricultural reform up in here?!)

But hey, we can’t change the weather, so we might as well enjoy it. Cruising down the Arlington, I cranked open my car’s manual window. (I drive an old Corolla.) With the breeze cooling my face, I felt relatively okay. Taylor Swift sang, “We never go out of style, we never go out of style…” 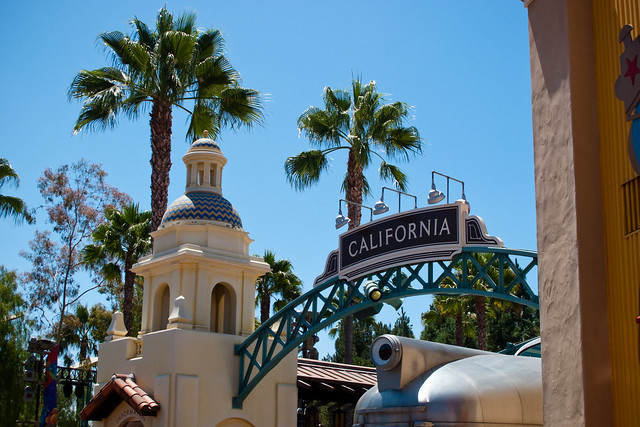 In therapy I had talked about feeling sluggish, having trouble mobilizing in the morning. When you work from your living room and create your own schedule, it takes a lot of self-control to get up and at ’em, to start striking items off your list for the day. Lately I had been reading ’til one in the afternoon before dragging myself to the computer. I was frustrated, incredulous that during each moment I could feel time draining away, and yet I refused to jump in the stream and swim. Lack of energy is a tricky problem to fix, because in order to change things, you need… energy.

Sometimes I have a hard time figuring out what I am supposed to call a particular mood. I tend to assume that everything is depression, because I’m so used to depression being what gets in my way. My therapist cautioned me, “There are normal ups and downs.” So I turned to Google: What’s the difference between exhaustion and fatigue? How are those two states different from regular tiredness? Megan Rauscher of Reuters reported on the research of Doctor Karin Olson, a nursing expert who studied and defined those three energy states:

People who are tired […] still have a fair bit of energy but are apt to feel forgetful and impatient and experience muscle weakness following work, which is often alleviated by rest.

People who are fatigued […] experience difficulty concentrating, anxiety, a gradual decrease in stamina, difficulty sleeping, and increased sensitivity to light. They also may skip social engagements once viewed as important to them.

People who suffer from exhaustion […] report frank confusion that resembles delirium, emotional numbness, sudden loss of energy, difficulty in staying awake as well as in sleeping and complete social withdrawal.

According to these criteria, I’m only tired. The discovery is disappointing–I wanted a grander malady, something “normal” people wouldn’t understand. The only perk of being mentally ill is that you occasionally get to pretend that your issues make you special. (The Council of Virtuous Crazy People might condemn me for saying that. Oh well. I’ve been known to exaggerate or dramatize my sickness, and wouldn’t it be worse to pretend I never had?)

The heat of our February summer didn’t help. It made me sleepy, heavy-eyed and dull. On Friday I took one of those awful naps where you wake up just before dinner and stay groggy all evening. By then I didn’t even want to read. I preferred to vegetate on the couch, watching Law & Order with my mom and wallowing in grumpiness. The weekend followed the same pattern, although Valentine’s night with my boyfriend was nice. On Sunday the drought of my will returned, my dessicated brain matching the dry weather. All weekend, I didn’t even get excited about the new Drake release! That’s so unnatural!

I don’t have any grand revelation to explain this. I can’t tell you, “That’s when I realized ____!” I ate breakfast. I left the house and saw people. I got hugs (hugs are crucial!) and hung out with a cool dog. I did a bunch of things that are supposed to help me feel good. So I’m left shrugging and quoting the esteemed philosopher Forrest Gump:

Wisdom also endorsed by Lene Bladbjerg, who made the $60 print pictured above.

So anyway, having returned from therapy and taken Taylor Swift off the stereo, I still feel sluggish. Unfortunately, that’s just life. Moods wax and wane, sometimes over the course of weeks and sometimes after a couple of days. So what do you do in the meantime? You’re worn out and cranky but you still have to fulfill obligations like a goddam adult, right? What’s the solution? Like I said, hell if I know. However, I can help you decipher whether you’re feeling depressed, or just tired in a normal way:

That’s it. That’s the one-question test. If you feel sleepy, you’re sleepy. Take a nap or go to bed early. If you feel bored but you can’t muster the energy to do anything about being bored, then you’re probably depressed. Yeah, it sucks! So make sure to get help. 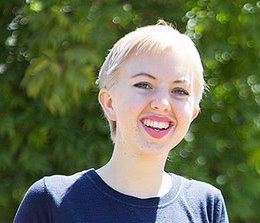 Guest blogger Sonya Mann is an erstwhile student and reliable bunny-enthusiast, living with her parents in the East Bay. She writes a bunch of stuff, so check out her website. Her new book is Style Therapy: Fashion as Self-Care.

Sonya Mann tippity-tap-types on her computer, walks a dog named Button, and voraciously consumes media of all types. She enjoys making zines and wishes she knew more about gardening.

To Say That Disability Will Disappear When Capitalism Does is Eugenics, Not Liberation Theory

We can’t believe we have to say this again.. but

From Wear Your Voice’s manifesto (written by @sh

The internet is generally a pretty shitty place, b