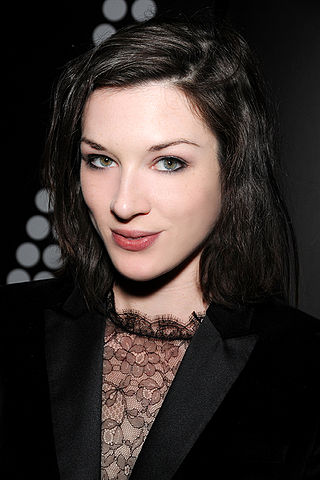 Tori’s full account of her sexual assault can be read here. It starts with him asking Tori Lux if he would like to “sniff his testicles” after she had finished a scene and was about to get dressed. When she refuses, he grabs her by the throat and pins her on a mattress. He then bashes her face several times before forcing it into his crotch.

From Lux’s accounts, the assault occurred in front of people–no one intervened.

When asked why she did not report the incident, Ms. Lux explains:

Simply put: I was afraid.”

Adult star Ashley Fires also had an account of sexual assault by Deen which she shared with The Daily Beast:

“The reason I put him on my ‘no list’ was because he almost raped me,” said Fires. “The only time I’d ever seen this guy, he walked into the green room at Kink [studios], picks up Jessie Cox like a caveman, grabs her by the hair, and takes her off somewhere… and I can only imagine. …Later on that night, I was getting out of the shower of the communal bathroom at Kink, I reach for my towel to dry off, and he comes up from behind me and pushes himself and his erection into my butt. He pushes me against the sink and starts grabbing on me, and I was like, ‘No, no, no James, no,’ and he released me from his grasp, and says, ‘You know, later if you want to fuck around I’m in room whatever-it-was. I was like, ‘Fuck you.’ I didn’t even know this guy, he was so out of line and entitled with my body.”

He later asked Fires to stop sharing the story with others and suggested that she say that he “reminds her of his brother or something like that.”

A former girlfriend and porn mastermind Joanna Angel tweeted ““He’s dead on the inside and dead to me,” Angel wrote. “He’s literally the worst person I’ve ever met. That’s all I’ll say for now #solidaritywithstoya.” Further down on her page, pornographer Catalina Cruz tweets “I had a performer in tears because of him. Caused damage after a recent nosejob when she had told him beforehand.” It doesn’t matter how many “rough fuck” films you have done, if you are a professional you know your allowed limits and the boundaries of consent. This kind of flagrant disregard for a coworker’s health and safety shows that he damn sure will not care off screen.

James Deen had been writing a sex column for The Frisky, which has been pulled, thankfully. Editor Amelia McDonnell-Parry (@xoamelia) had this to say:

“I very much liked James Deen. I enjoyed working with him on WWJDD. I asked him to do an advice column because I liked his directness and his confidence, but most of all, I liked his emphasis on communication, honesty and, most of all, CONSENT. That he has been accused of violating Stoya’s consent, that women I respect have since contacted me directly to say that they know of others to whom he has done the same thing? Well, I’m fucking heartsick over it. This makes it impossible for me to work with him any further, to give him a forum for giving advice that he is accused of not following himself. No amount of good rapport between us or traffic to his columns would EVER supersede the fact that I BELIEVE WOMEN.”

Why We Need to Stop the “Netflix and Chill” Jokes

Resource Guide for Survivors of Sexual and Domestic Abuse

previous post
Skip The Line: Holiday Gift Ideas From The Things You Already Have
next post
When The Suspect Is Black, They’re Never “Disturbed”

The Institutionalized Repression Of Queer And Transgender Rights in Ghana