Grace Lee Boggs, a feminist warrior queen for SEVEN DECADES, passed away this Monday at her home in Detroit. Born in 1915, she was 100 years old when she passed. Lee Boggs had been an important part of the civil rights, women’s rights, labor, and black power movements.

The brilliant Grace Lee Boggs was born above her parents’ Chinese restaurant. She entered college to study philosophy at the young age of sixteen years old, which was no easy feat being both a woman and Chinese-American. By 1940, she had her first doctorate degree from Bryn Mawr and moved to Chicago to work at the University of Chicago’s philosophy library.

Young GLB, from her autobiography.

Lee Boggs then moved back to New York to work with black marxist leader C.L.R. James which helped steer the Socialist Party into important race issues, as well as addressing labor issues. Her life eventually led her to Detroit, where she met her black power activist and autoworker husband, James Boggs. Together, they helped revolutionaries Malcolm X and Martin Luther King, Jr. organize marches and protest, drawing from a deeply energized, populus. With a large black population and strong middle class, it seemed to be on the precipice of being as large of a cultural center as Chicago, New York, or Los Angeles. As the US auto industry withdrew their factories to place them overseas in a cheaper labor force with less regulations, she and her husband watched Detroit go from one of the most important, wealthiest metropolitan areas in America to the dilapidated city that it is today. 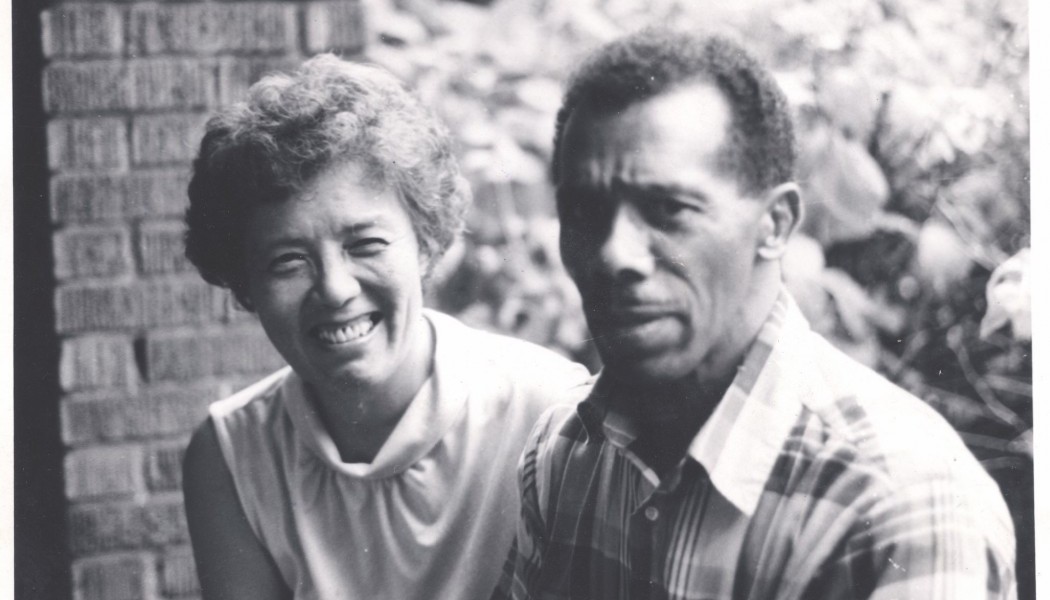 “Detroit, which was once the symbol of miracles of industrialization and then became the symbol of the devastation of deindustrialization, is now the symbol of a new kind of society, of people who grow their own food, of people who try and help each other, to how we begin to think, not so much of getting jobs and advancing our own fortunes, but how we depend on each other. I mean, it’s another world that we’re creating here in Detroit. And we had to. I mean, we didn’t do so because we are better people than anybody else, but when you look out and all you see is vacant lots, when all you see is devastation, when all you see — do you look at it as a curse, or do you look at it as a possibility, as having potential? And we here in Detroit had to begin doing that for our own humanity.”

Lee Boggs stayed loyal to her home and continued to organize communities, plant gardens, and create change for those locally and internationally. Seeing a great deal of violence in the late 60’s as a result of tremendous unemployment rates, Lee Boggs integrated Dr. King’s non-violent protest tactics into her own. Lee Boggs fought against crime, strategizing how to protect one another and even arranged protests outside of known crack houses. By this time, she was already in her fifties. “We have to reimagine revolution and think not only about the change not only in our institutions but the changes in ourselves,” Lee Boggs once told an audience in Berkeley, “…it’s up to us to reimagine alternatives and not just protest against them and expect them to do better.”

Lee Boggs absolutely embodied intersectional feminism through her never-ending work as a community leader and activist. She stood up and acted as a microphone for voices which were often silenced and worked tirelessly to improve the lives of those around her. The US government had her under FBI surveillance for a large portion of her life, treating her like an incendiary rather than the patriot that she clearly was. People that put that much work into helping those around them, organizing the downtrodden, and caring for those without any power or means do not do it because they do not love their fellow man and their home. A true patriot will always want better for their countryman and those beyond borders. A true patriot calls out injustice and bands together with their brother-and-sister-in-arms not with guns but with ideas and knowledge to overthrow oppressive systems that profit on the division of people through race, class, and gender. Grace Lee Boggs saw all of this and fought against it for longer than many folks get to live.

Please spend a little time getting to know this incredible human. Know that our world is better for her having been here and know that she would care about you and fight for you. Honor her by knowing your rights and defending those who are less capable of doing so. The only way to truly honor a person like this is to continue their legacy by reaching out to others.

For a complete list of books, you can visit her website above or view them here on Amazon. We encourage you to please purchase them from your local independent bookstore (like Pegasus) rather than Amazon and know that Grace would want you to do the same.
[adsense1]

IMPORTANT! Via @freeashley_now: 🗣Join the Fre

"The third Sunday of April is #NonbinaryParentsDay

Via @seedingsovereignty: WORD. We are not in a pos

"Enough is enough. Our black and brown youth des