Fashion Faux Pas for the 30-Something: Leopard Print

When it comes to clothes, I love a good print. Floral, plaid, tartan, polka-dots, quirky prints with cute little animals – I love ‘em to bits! The one print that I have never been too crazy about is leopard. It’s not that I think it’s particularly heinous, although I have seen some leopard print items whose prints looked cheaply designed or made. But to get to my point: I just don’t like it on me. I once tried on a leopard print cardigan at a thrift store just to see what it would look like and I thought, “No, girl! This is NOT YOU.” I’ve seen it pulled off brilliantly by other individuals, though.

When I saw that Rant Chic included leopard print as a no-no for women over 30, I wasn’t too surprised. Leopard print often gets a bad rap. Like I said, I think it looks great on some people, but sometimes it just doesn’t work. When you rock it, you really have to own it. Rant Chic said, “There is such a thing as too much of a good thing, and leopard print is only cute in small doses.”

Related: Fashion Faux Pas for the 30-Something: Mini Skirts

I only partially agree. While I like to be brave and mix patterns, I’m still a novice at mixing floral patterns with polka dots or stripes, or stripes and polka dots. Leopard on leopard seems like it could be a kitschy nightmare and a fashion “no-no.” Is it possible to mix leopard with leopard in one outfit and not look like you’re part of the cast of the Lion King musical? The answer to that is yes, you definitely can!

Animal print eludes me and I never would have thought it could work, so I have enlisted the help of my fabulous best friend, Shanice Williams, to demonstrate how it’s done. She’s a leopard print enthusiast and has been a member of the 30-something club since last November, so she is more than qualified to show y’all how to pull off leopard on leopard like it’s nobody’s business.

For as long as I’ve known her — eight years, in case you were wondering — Shanice has always had an affinity for anything with the bold wildcat print. Her overflowing wardrobe is filled with different types of leopard items: skirts, tank tops, cardigans, purses, scarves, and she recently added these black leopard print pants to her arsenal. For this particular ensemble, Shanice paired the all-black leopard pants with a white top and a tan, brown, and black leopard print cardigan. As I mentioned earlier, leopard on leopard can look like a tacky hot mess if is not done right. Shanice’s ensemble really works because the print on her pants is very subtle and doesn’t clash with the traditional colored leopard print on her cardigan, so it’s not entirely overkill. Even if you’re not attempting to mix leopard on leopard, but still want to wear it, the key is to have one standout item. The rest of your outfit needs to be quiet enough let that bold item have its moment of glory.

When I asked Shanice why she loves leopard print so much, she told me that it’s because it kicks an outfit up a notch, especially if you’re wearing black. She also said when you wear leopard print you’re “easily the fiercest bitch in the room.”

I mean, just look at her. My best friend is fierce as fuck. Like, daaayuuuum.

Related: Fashion Faux Pas for the 30-Something: The Graphic T-Shirt

Shanice also believes that you should have a bold red lip when wearing leopard print. While it does add a nice touch, going with a neutral lip works too. I only say that because, for the first round of pictures I took of Shanice, she wasn’t wearing any kind of lipstick at all. Girl doesn’t need it! #MyBestieIsFlawless

So, if you want to be the fiercest bitch in the room like my girl and go for the leopard on leopard look, make sure one print stands out and the other one is super subtle.

Now go forth and be fabulous, my fellow 30-somethings! 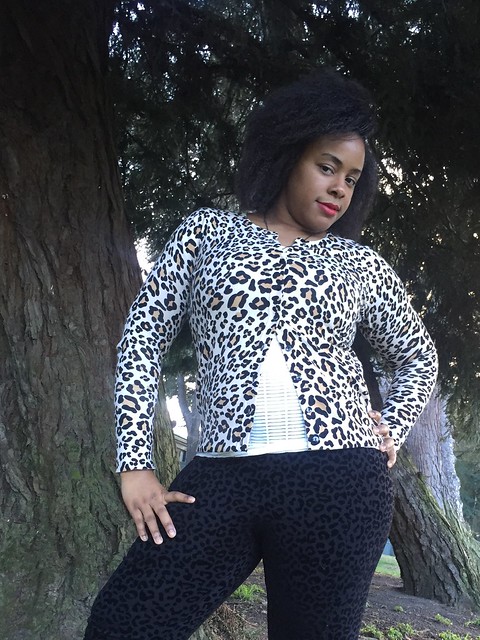 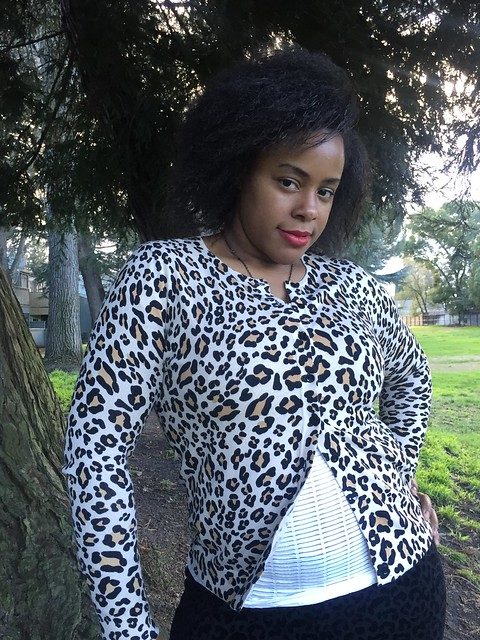 all photos of model by Nina Penalosa

previous post
Compassion for the Homeless: We Need New Solutions
next post
How to Explore Kink Responsibly (Part Two)

‘Next In Fashion’ is a Lesson on Effective and Ineffective Allyship

We love to see abolition as a pedagogical praxis!

Shared via: @redfishstream “Scenes from Brasil

Educational collection of tweets and caption via @